The golden moments have started-the Silver Jubilee of VHS section of GVHSS Mulleria. The Year-long celebration was inaugurated today(Oct.9). Sri N.A. Nellikkunnu , MLA,Kasaragod inaugurated the programme who appraised the Academic Excellence of the school and assured some assistance for the improvement of the Institution. Smt. Syamaladevi P.P. District Panchayath President presided over the programme and wished for better performance in the coming years. 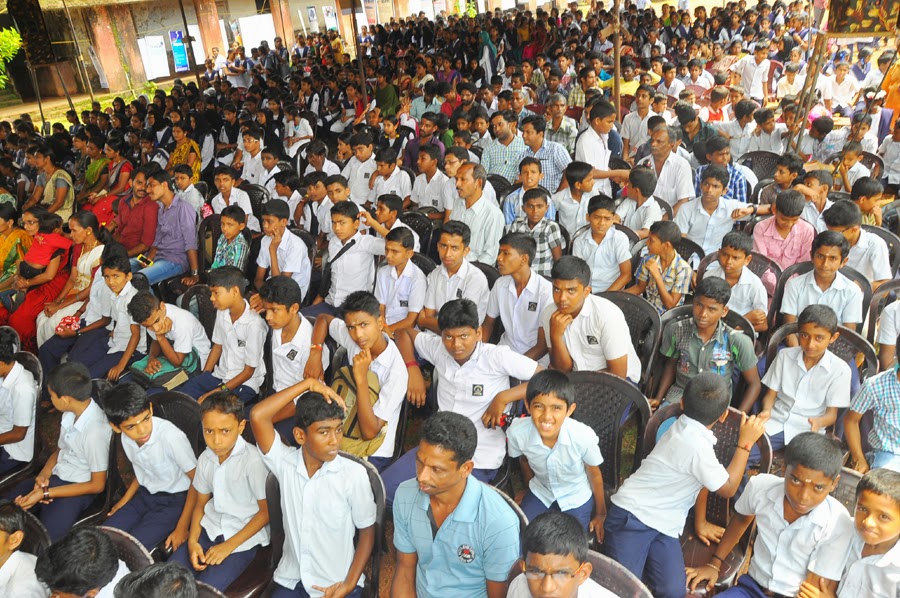 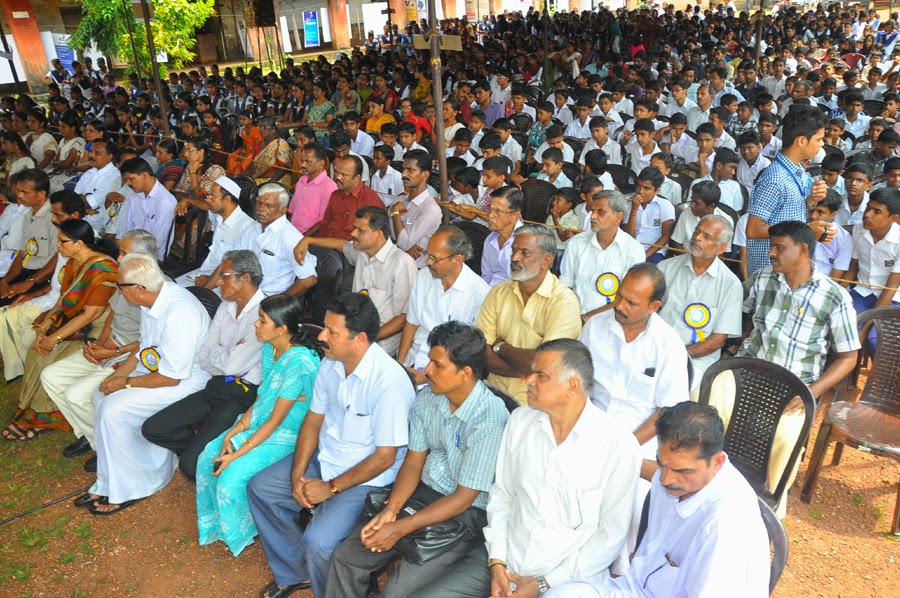 The famous cine-actor Raja Saheb colourised the programme with his mimic performance and valuable moral tips to the students. Sri Vishnu Bhat A, Headmaster and Principal welcomed the guests and the gathering and Sri Narayanan P. Principal in charge of HSS delivered vote of thanks. 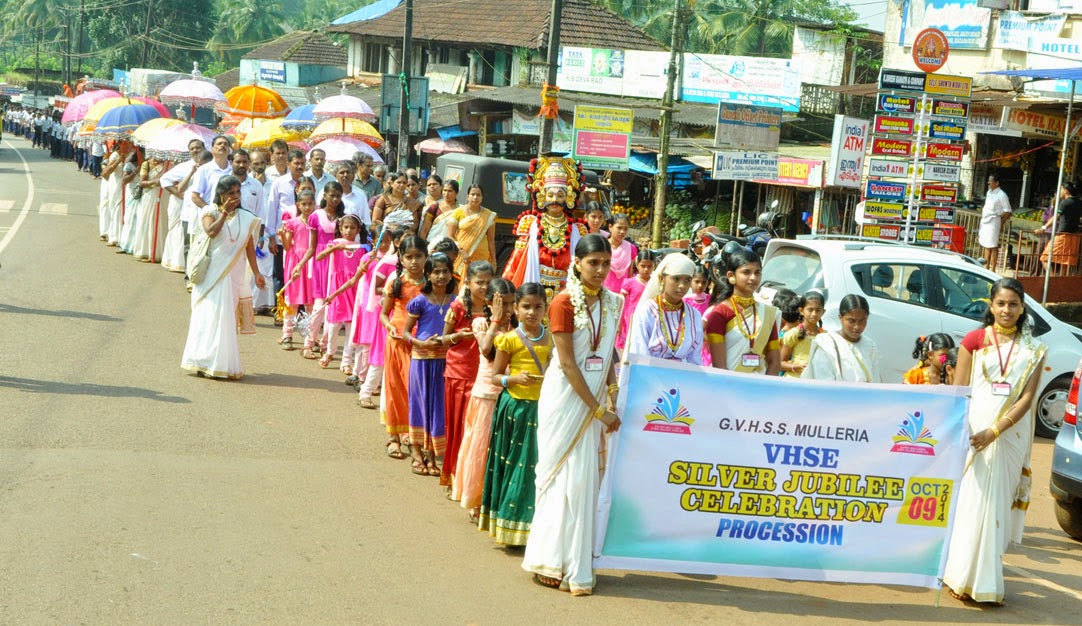 Prior to the public function a colourful Procession consisting of Chendemela, Shingari mela, Yakshagana figures and enthusiastic students, old students, Staff and Parents was also held. The concluding session in the afternoon captured the audience folk with a variety of comedy, magcal dance and colourful dance performance by the cultural troop from Kozhikode. It is no wonder that the audience remained tightly packed right from the Inaugural function till the conclusion of cultural performance at 5 pm.

An Vocational Expo of a wide variety of household things,  handicrafts and career guidance was also arranged and managed solely by the students of VHS and HSS section. 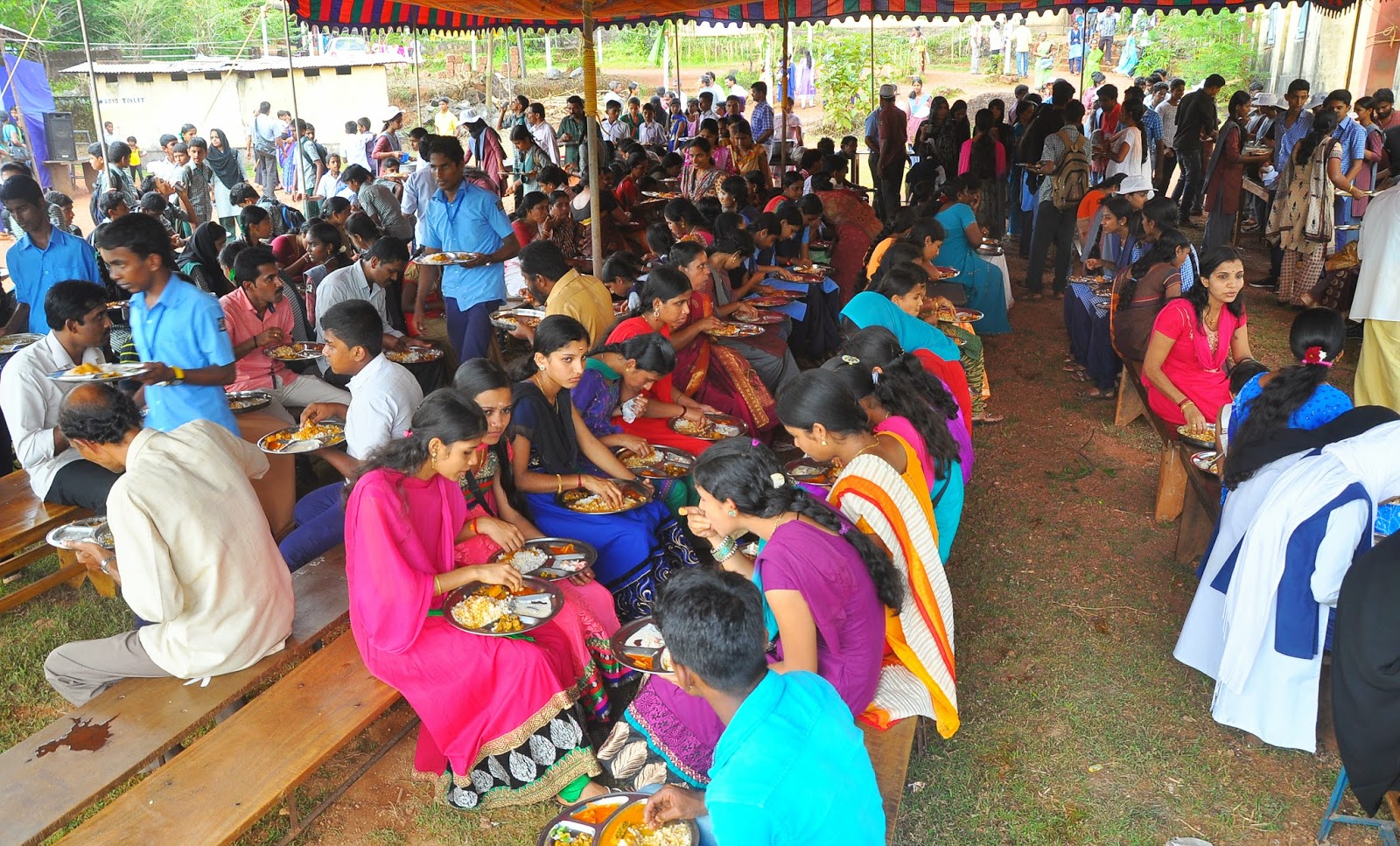 The sumptuous meal provided at noon proclaimed the traditional hospitality of Mulleria to around 2000 hungry souls.
Posted by Unknown at 3:29 AM